TOP>ESG>Promotion of Women's Participation and Advancement

Promotion of Women's Participation and Advancement

Granted the "Eruboshi" certification by the Ministry of Health, Labour and Welfare

In recognition of Mikuni's efforts in developing a work environment that encourages women to fully demonstrate their talent by meeting certain criteria, we received the highest grade (level 3) of the "Eruboshi"* certification under the Act on Promotion of Women's Participation and Advancement at the Workplace.
* Meaning "L Star": L stands for Lady, Labour and Laudable

Click here for more information
on the Eruboshi certification

To ensure a company's continuous development, we believe it is essential to contribute to the realization of an affluent society by making full use of our human resources and technology from a global perspective.
Aiming at becoming a "company giving meaning to life" regardless of nationality or gender, Mikuni is promoting fair evaluation, improvement of employee skills, support of employee's ability development, as well as the 2.2% ratio of women workers in managerial positions. To continuously promote women's participation and advancement, we have formulated the following action plan:

Raise the ratio of women employees in career track positions to 8% by 2021.

4Details of the activities and implementation period

1Enhance the recruitment of women in career track positions 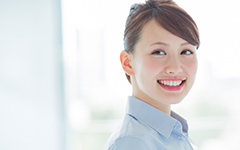 ♦ Ongoing measures
-Make positive efforts to accept women students for internships.
-Feature women employees that are active in sales, engineers, etc. in the recruitment information media to disseminate information to students. Also, increase the opportunity where they, as senior employees, talk about their experiences at company explanation meetings or other occasions. 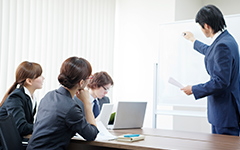 ♦ Ongoing measures
-Interviews and questionnaire surveys with employees
Conduct internal surveys on the awareness of the promotion of women's participation and advancement, as well as incorporate the collected information into future initiatives.
-Lecture meetings and informal gatherings concerning the promotion of women's participation and advancement
Hold lecture meetings that are themed on women's remarkable performances, presented by women executives (from FY 2015 onward).
♦ New measures implemented from April 2016 onward
-Examine and implement "Training to Think About Career Development" that is designed for both men and women.
-Examine the content of "Diversity Training" and incorporate it into the manager and supervisor training. 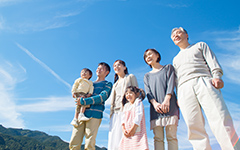 Participation in the Program to Support Research Activities of Women Researchers under the Initiative for Realizing Diversity in the Research Environment (Collaboration Type).

Mikuni was selected to participate in "FY 2016 Initiative for Realizing Diversity in the Research Environment (Collaboration Type)", Funds for the Development of Human Resources in Science and Technology promoted by the Ministry of Education, Culture, Sports, Science and Technology (program period: FY 2016 to 2021). The team was made up of Iwate University as the representative institution, in addition to Hirosaki University, National Institute of Technology, Hachinohe College, National Institute of Technology, Ichinoseki College, Tohoku Agricultural Research Center (NARO), and Mikuni Corporation as the cooperating institutions. By recreating the entire Northern Tohoku area as a place for allowing women researchers to fulfill their potential, we aim to establish a cycle to increase the number of competent female applicants who aspire to become researchers or occupy higher-ranking posts. We are also implementing a wide variety of initiatives such as enhancement of diversity research environment, research skill improvement and leadership training for women researchers, and active promotion of women researchers to higher positions.